This is the Jurassic Radio Section of
The Broadcast Archive

This is the fifth in a series titled Jurassic Telecommunications describing the late Victorian, non-electronic roots of modern telecommunications. Although the operational technologies have changed, the core technology and simple principles behind it have not. Most technology history fails to adequately chronicle those simple early methods and the gargantuan machines their developers often had to utilize.

Many telecommunications textbooks lead with a statement that electrical communications involves transmitting power from one point to another. That, of course, is what makes electric telecommunications a branch of the broader art of electrical engineering. Recurrent revolutions have occurred, however, reducing the amount of power needed to signal electrically between two places, such that today numerous flea-powered transmitters surround our daily lives.

Radical developments in receiver sensitivity and selectivity, transmitter encoding, and stability of RF circuitry have made it possible for untold quantities of RF generators to occupy and re-use the same spectrum space over and over. 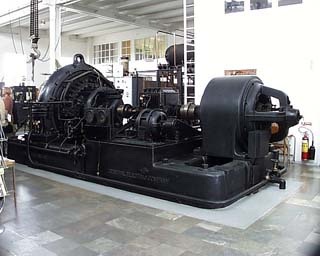 It didnt start out that way

The very first "wireless" transmitters were, of course, little more than controlled lightning bolts. At the outset, when there was essentially nobody else on the entire spectrum, splattering out a wide signal rife with harmonics mattered little. The simple accomplishment of receiving something from which intelligent information could be recovered was the miracle in itself. The frequency of radiated signals was so low that even antennas miles long were grossly inefficient, and what with no amplification in the first receivers, the only means to succeed was to stimulate the Earths magnetic field with brute force.

Indeed, a report in the time-honored journal Scientific American describing Marconis 300 kilowatt transatlantic arc transmitter at Clifden, Ireland included night photos. These showed how its antenna wires radiated ultraviolet light which caused glowing streaks invisible to the naked eye. The mind boggles at what environmentalists would say about such a machine today!

"Cocktail Party Effect" and the early age of wireless

As early as 1897, Adolph Slaby had begun efforts to narrow transmission bandwidth of Marconis transmitters, starting Marconis use of the principle of "syntony" described by Oliver Lodge. What resulted was "narrowband" in the loosest sense of the word, however. For the first few years, radio operators had to make use of the psychological phenomenon known as the "cocktail party effect," focusing their hearing on the character of scratchy tones from the station they wished to copy, ignoring all others.

Even though Marconi began to suggest syntony was essential to shared use of the ether, it was others who made greater strides in finding ways to share than he. Germans made much early progress in this aspect of the early art of "wireless."

Among those efforts were some unique German approaches to generating "continuous waves" by building actual radio-frequency alternators.

Where Fessenden in the U.S. had Ernst Alexanderson working on making alternators that ran at higher and higher frequencies, the European view was to create means of frequency multiplication.

It was the transmitter used to relay the infamous "Zimmerman telegram" and the message to U-boats telling them to sink the Lusitania. Those two messages played a major part toward dragging a recalcitrant United States into a European World War.

Where Alexandersons alternator directly generated 60 kilohertz or more, the Joly-Arco alternator at Sayville operated at only 9,613 Hertz, feeding its output into a static frequency converter (a special type of tuned transformer) that resulted in a doubling of the pulse frequency to 19,266 Hertz.

Its output then passed into a second static converter which again doubled the frequency to 38, 452 Hertz. This carrier frequency of 38.5 kilohertz made the Sayville station one of the higher frequencies on the air at a time when most of the world operated at less than 20 kilohertz. Its much shorter wavelength made for considerably higher antenna efficiency than others, while Its low machine rotational speed and relatively high overall power efficiency of about 60% at an output power of 100 kilowatts created power to light a small town in that early era of primarily light bulbs as power consumers.

At a second Telefunken installation at Brunswick, New Jersey, another German development was used. This one, a Goldschmidt alternator, contained the static frequency converters built right into the field windings of the huge machine itself. The Goldschmidt machines frequency multipliers functioned in a reentrant additive way to initially generate 15,000 Hertz, then add to itself achieving 30,000 Hertz. It then added twice again to result in a second intermediate frequency of 45,000 Hertz and an output of 60,000 Hertz.

This put Brunswick near the upper limit of transmitter technology of the day, in the region where Fessenden had operated a voice alternator in 1906.

The Brunswick machines 200 kilowatt output at this even higher carrier frequency was said to have an overall power efficiency of 80%, giving its own claim to improved technology. This claim did bear the expense of extremely tight mechanical and electrical tolerances in operation, however. If even small errors occurred in phasing the reentrant harmonics, eddy current heating caused the armature to rub and scrape on the frame, causing severe damage to the alternator.

Yet a further German development was constructed at the Nauen, Germany Telefunken plant, simply called a Schmidt alternator. This was a 500-kilowatt monster that generated only 6,000 Hertz, but used a huge resonant tank circuit to directly couple a 24,000 Hertz output to its antenna. Its power efficiency was a relatively low 60%, but its huge power output was its claim to fame, being used to reach as far as Argentina from Germany on a regular schedule.

Radio began in France in 1897 with early work by military officers Ducretet and Ferrie. By July, 1919, PTT engineer Maurice LaTour installed a Gallic variation on alternator technology that ran several rotating elements on a single shaft to produce higher power levels than did Alexandersons in America.

Figure 3 - La Tour - Bethenod Alternator at Doua near Lyon. Note man at switchboard; another at right side end of machine.

The French PTT used the LaTour-Bethenod machine for several decades. Even as late as 1942, its German captors used this machine for communication to submarines. Its rotational speed was a relatively low 3,000 rpm while producing a radio output of 20,000 Hertz. Today, much of that machine is on display at the Musee Ampere at Poleymieux.

The Passing of the Age of Alternators

The grandest plan of the Age of Alternators was put forth at the inception of RCA, which at first intended to build a monstrous plant of six 200 kilowatt Alexanderson alternators at Rocky Point on Long Island. The intent was to be able to reach any point on the globe via a low-frequency transmitter. The plan was never completed, however, when HF radio came to the fore and supplanted the LF machines. Today, one remaining Alexanderson dinosaur lives at Grimeton, near Goteborg, Sweden, where the RCA station in Alexandersons home nation is maintained in mint condition as a national museum of technology, complete with its six 500 foot antenna towers. A dedicated crew of enthusiasts airs it on 17.2 kHz for special occasions related to radio history.

Want to know more? Here are some websites with information on alternator transmitters:

Don Kimberlin has written many articles about his experiences over the years, as well as those who were the pioneers in the telecommunications and broadcast industries.